The Group have had several sessions removing Himalayan Balsam from an area in Plock Wood. In addition we cleared some unwanted growth along our new wildlife hedge to help its development.

On 14th July, Sue made a great job of restoring the poem “Leisure” onto the Group’s bench which we had renovated and repainted in May.

“Public Balsam Bash”  – the Group are having a Workday and interested members of the public have been invited to join us with this valuable work. The Himalayan Balsam is growing rapidly at this time of year so the more we can pull now the better. We will be working in an area of Plock Wood where we made some good initial progress last year.

The Group’s bench at the south-east corner of the Meadow had become heavily corroded so a couple of sessions were spent preparing it before a coat of dark-green smooth Hammerite was applied.

A long new Wildlife Hedge has now been created near the eastern boundary of the Meadow using the two deliveries of trees as mentioned below. The Group enjoyed numerous planting sessions and are delighted with the success rate and growth so far.

The group was successful in an application to ‘I Dig Trees’ to receive a delivery of 300 Parkland and Wildlife & Shrubs, which arrived mid-January and will be temporarily planted during our January workday. We hope to incorporate these into a new Wildlife Hedge on the meadow, along with a further 400 trees due to arrive in March, following an application to the Woodland Trust.

The meadow was a winter wonderland in early January – which was a very picturesque start to the New Year. 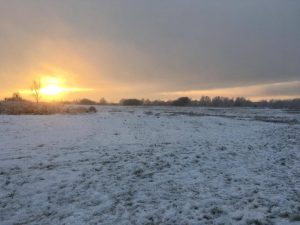 Throughout the winter, volunteers have maintained the birdboxes and cleaned out the nests. Members have also fitted a number of nest box protection plates where predators have previously tried to enlarge the holes. 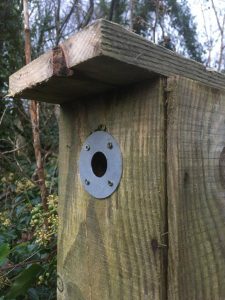 The annual Meadow cut took place in September and the parts of the Meadow that were inaccessible were strimmed for us by the Rangers and then the members spent the October workday raking up the ‘arisings’. 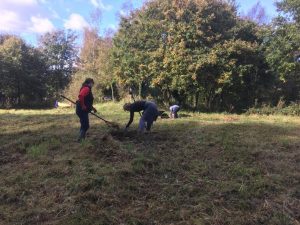 During the pandemic the volunteers managed to remove record numbers of Himalayan Balsam (as part of their daily exercise). 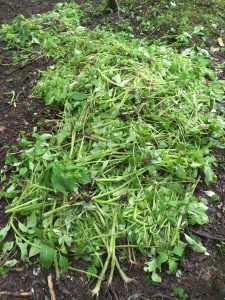 The volunteers were working on woodland thinning – removing Sycamore and Ash saplings from the woodland (as per the Bowland Ecology management plan). 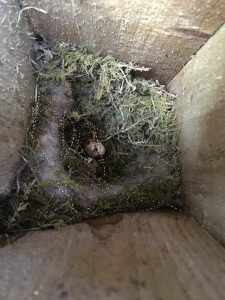 On Sunday 16 June the group held a “Public Balsam Bash” where members of the public were invited to join us for our monthly workday. Six new volunteers came along and helped with the Himalayan Balsam removal, which made for a very enjoyable morning. 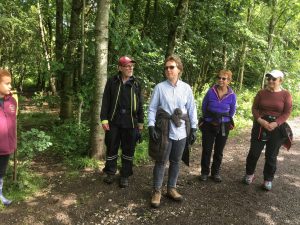 A few of our extra helpers

One of the piles of Balsam pulled up that morning.